When you’re in Berlin and taking the subway (U-Bahn) or S-Bahn or Tram or bus you will see a lot of people. And some of them will be there every time. Yes, every time. 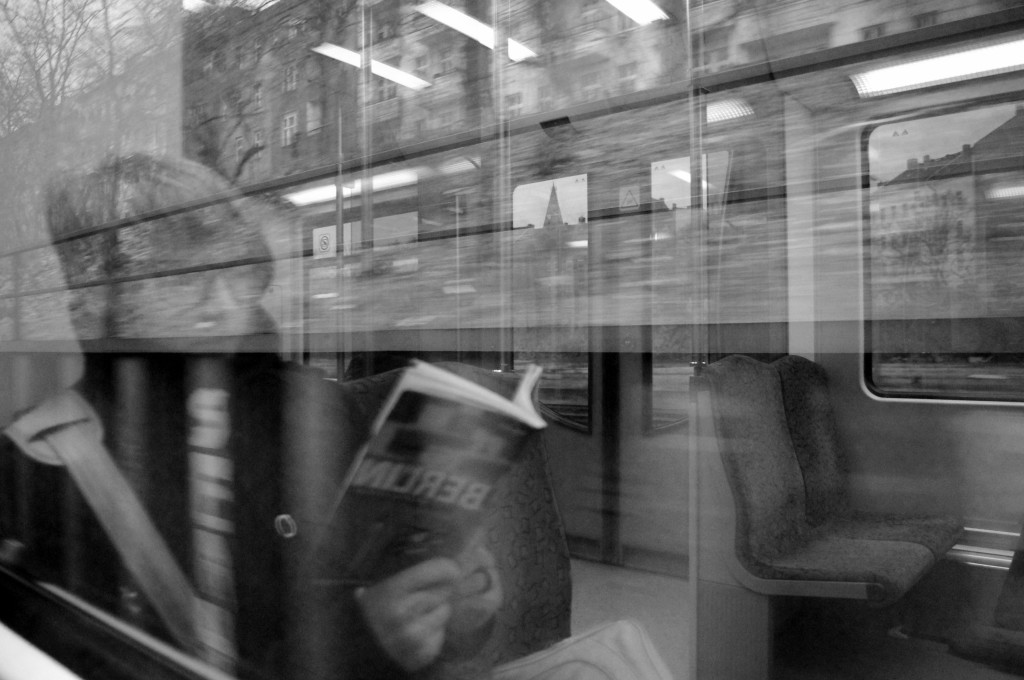 The Berliner
The eyes staring on the ground or preoccupied in a book. Sometimes they will stare at you.
How to recognize: Slightly bored, often with a book or a newspaper in their hands.
How to contact: Ask for help. Or just stare back. The Musician
Especially during summer time there’re a lot of musicians in the Berlin subway.
How to recognize: they’re entering the subway holding a musical instrument and two seconds later you will hear them.
How to contact: after one or two songs they will ask you for a little donation. If they were good you can give them some change. It can be that there will be several of them during one ride as they change coach at every station. The Homeless Person
There are several street newspaper in Berlin sold by homeless persons and sometimes they will try to sell it also in the subway.
How to recognize: First a short speech in German to introduce themselves and then they will walk by to ask if you wanna buy the paper.
How to contact: A street newspaper costs 1,20 Euro. I often give them some money even when I already bought a paper cause I think it’s a good thing to support. The Tourist
The eyes are wandering around and at every station it has to be checked: Do we need to get out?
How to recognize: guidebook or map of Berlin in the hands. Sometimes a backpack or suitcase.
How to contact: offer your help or ask where they’re from. How not to look like a tourist: get the free “FahrInfo Berlin” app where you can plan your trip and even have all the maps you need on your phone.

One last thing you should know: it’s likely that you will meet another person in the Berlin subway… the guys from the ticket control. They’re not easily to recognize till they start controlling. And if you don’t have a ticket you have to pay a 40 Euro fine. So better buy one and don’t forget to validate it before entering the subway.

Previous ArticleThere’s a new, uhm, BUNNY in town…
Next Article The Sky Above Me – Costa Brava May 2011