Between you and me: I don’t like Munich. There is no particular reason, I just can’t stand this city. Munich is pretty and some of my friends even live there and like it. And yes, Munich gets even me every single time I’m there. Kind of. For one night. A wink, a “damn, this is beautiful”, some sighing, sleeping on it, but then. Then you’re awake and you look to the left (or the right) and the hot fling from last night is not as smashing as you thought. And you just wanna run. But as it is a city and not a person you can’t say “I’m sorry but I have an early meeting at work” and that’s it. You could leave. But then again sometimes you can’t. 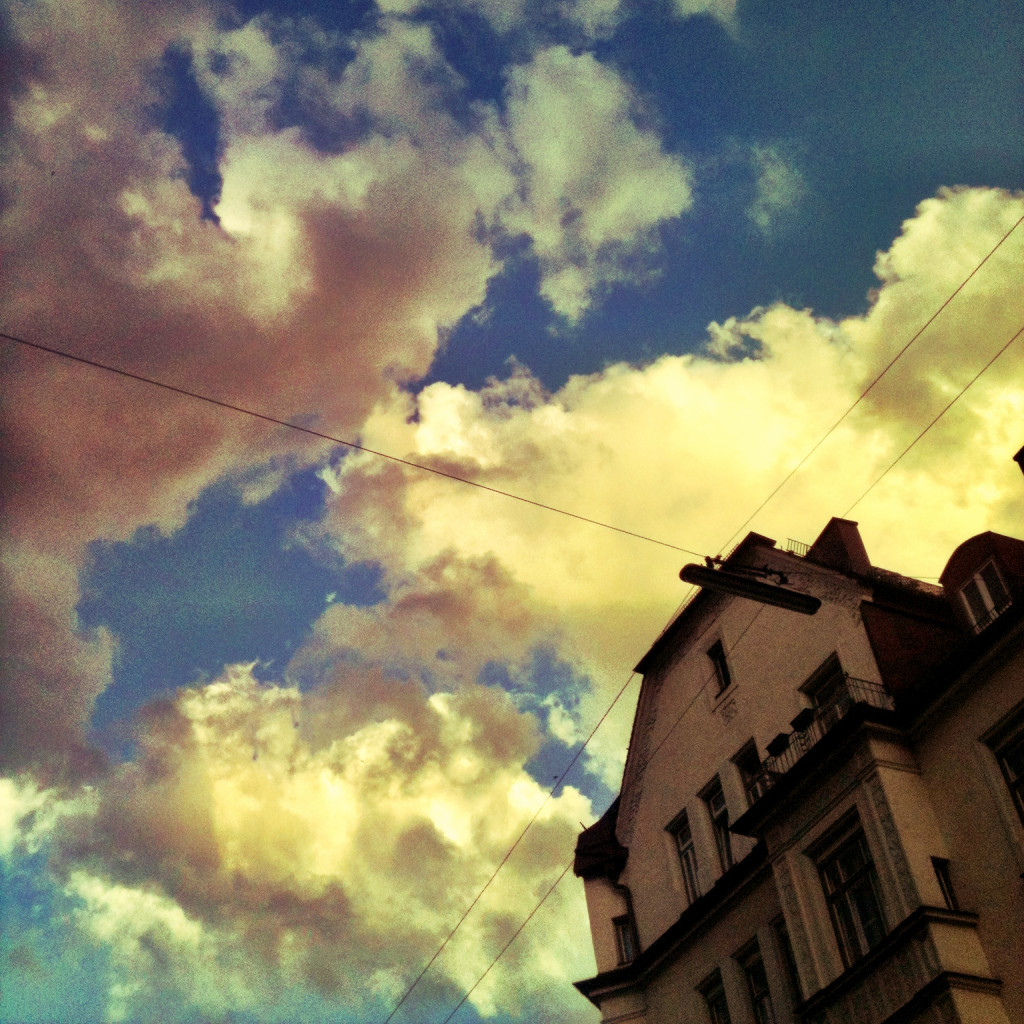 The sky above Munich. Blue-White. Almost.

I couldn’t because I was there for work. And if you stay things will happen. Munich things. And stories. Like this one time I asked the bus driver if this bus stops there and there and he said: “How should I know? Look at the map!” Or this staring thing. The people in Munich do star. All the time. Not only at me. They star at EVERYONE. From the bottom left corner across their designer sun glasses. And I always think: “Dude, what’s wrong?” But I was told they don’t mean it in a bad way.

And what they are talking about. Dude. Seriously. I did a case study at the newsstand.

To be honest I have no idea how to survive Munich. Best thing is to leave as soon as possible. And no, “You can do so many cool outdoor stuff here” doesn’t count as a reason to stay. I have no idea how to ski and Berlin has more lakes than Munich. And prettier ones. In my opinion. But ok, I do have some tips which may help you to survive Munich if you have to stay there for more than one night.

– buy a Dirndl (or Lederhosn)

– use this staring thing

– don’t ever take the bus

– go and have a pizza at “Pizzeria Europa”. Best pizza in town in my opinion. (But that’s also the only pizzeria I’ve been to in Munich)