First: This post is meant to be funny. Funny like in “haha” or “hehe”. If you don’t think it’s funny it doesn’t matter. But please don’t take this too seriously.

So, you know I’ve been to South Africa. And well, you know I do speak English quite well. Kind of. BUT I’ve never heard of “Game Drive” before. I thought it’s called safari. Never ever used the word game in another way than the playing one. So I asked: “Why is it called game drive?” And I was told it’s game like in wild animals. Ah yes. The ranger had a good laugh. The other tourists too.

So far so funny. Last Tuesday I finally had the time to join #TTOT again. And then THIS happened: And that’s how I got the idea for this post. Thanks to the fabulous Nita of Spilling The Beans. And although I still think it would be funny to play Monopoly or Snake or Angry Birds during a game drive I thought about some more useful games for a game drive. (Kind of).

The Perfect Games for a Game Drive:

This could be extremely funny but well, maybe not THAT funny if the ranger can’t find you anymore. But I think that’s the most popular games for game in Africa. This leopard is probably playing Hide and Seek right now

Perfect if you’re fighting with another tourist about the best seat. 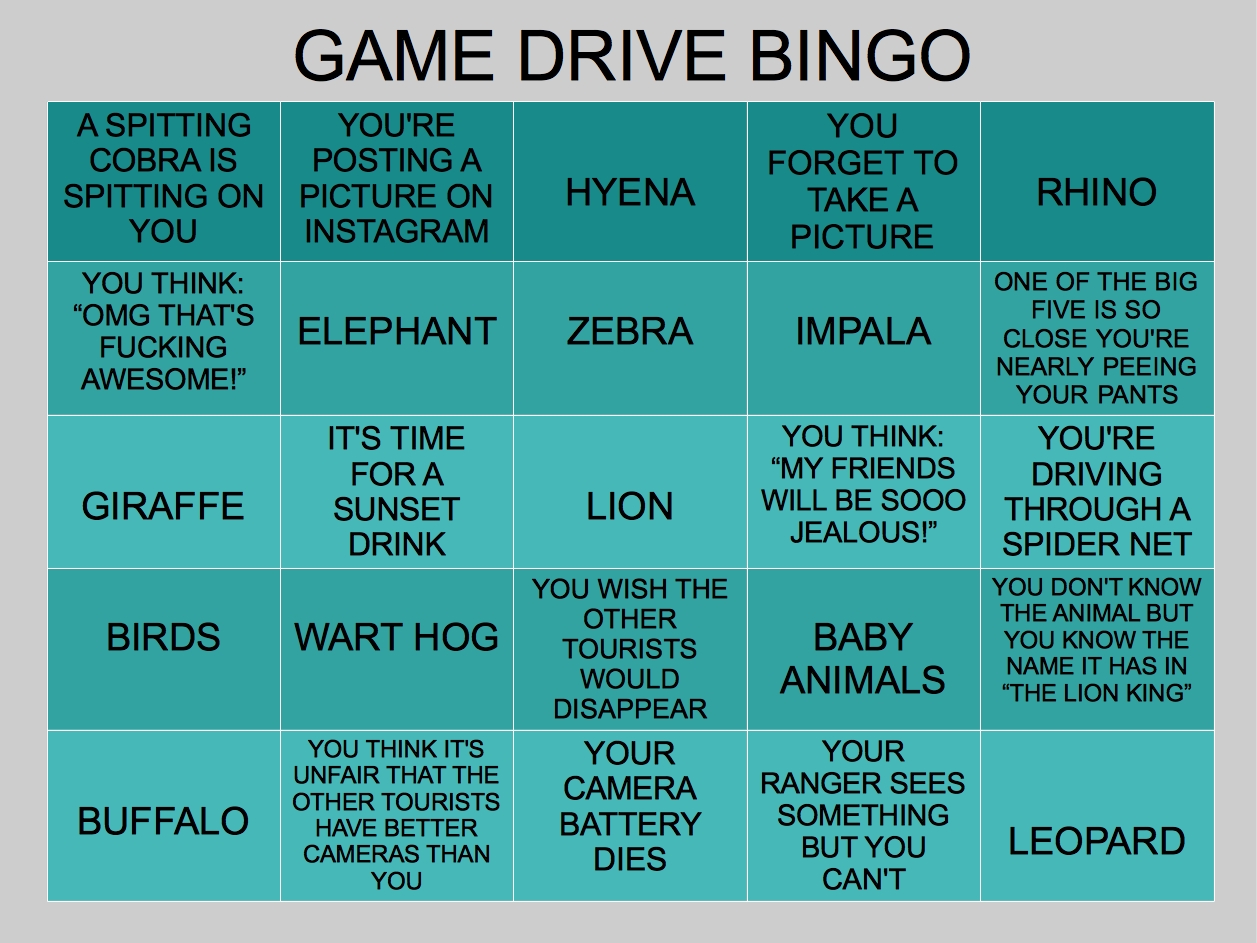 You could also use Game Drive Bingo as a drinking game. Every time you could mark off something you take a shot. Easy as this.

Any other cool and funny games for a game drive?

Previous ArticleSt. Patrick’s Day in Ireland – 7 1/2 Things I’ve Learned
Next Article Take me anywhere. But the question is: WHERE?